It’s always fascinating to see some of the best athletes and performers choke under pressure. This phenomenon of failure happens to the best of us, and it comes down to over thinking the task at hand.

Jonah Lehrer wrote about this phenomenon for the New Yorker:

“A new study in Neuron by a team of neuroscientists at Caltech and University College of London, begins to solve this mystery. The experiment featured a simple arcade game, in which subjects attempted to move a virtual ball into a square target within two seconds. To make the task more difficult, the ball appeared to be weighted and connected to a spring, which flexed and bent as if it were real.

After a short training period, the subjects were put into an fMRI machine and offered a range of rewards, from nothing to a hundred dollars, if they could successfully place the ball into the square. (The subjects were later given an actual reward based on their score.) At first, their performance steadily improved as the incentives increased; the extra money was motivating. However, this effect only lasted for a little while. Once the rewards passed a certain threshold—and the particular tipping point depended on the individual—the scientists observed a surprising decrease in success. The extra cash hurt performance; the subjects began to choke.”

The researchers looked at a certain region of the brain, the ventral striatum, which responds to pleasure. They found that as the monetary award increased, activity in that area of the brain subsided. There was also less activity in the insula — the part of the brain related to cognitive functioning, emotion and motor control — “with decreased activity leading to decreased performance.” Lehrer points out that the participants “were victims of loss aversion” — and that fear of failure made them continue to do worse. 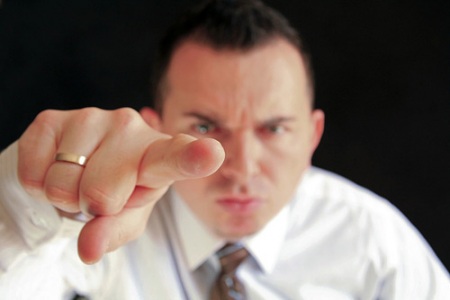 This research begs a question as to the effectiveness of sales remuneration plans that demand increased performance and commensurate reward.

via The Neuroscience Behind Why We Screw Up Under Pressure – Business Insider.