Collaborative business-to-business engagement calls for a coaching style of enquiry that exposes insight into a client’s business environment. The genuine curiosity in enquiry and probing into the client’s business, uncovering before unexplored challenges opens a world of possibility for value creation. Having earned the right and being placed in a position by the client to challenge their thinking is potentially a cause for discomfort and dissonance. The prospect of change, challenging the status quo, naturally brings resistance to the fore. If the challenge comes as a complete surprise to the client and is bought about to challenge conventional, staid thinking, the dissonance is greater.

This experience is as apparent in the business world. Dissonance increases with the importance of the subject gauged by the impact on our business and urgency. How strongly the dissonant thoughts conflict and our inability to rationalize and explain away the conflict is based on our relationship with the change and not necessarily the change itself. As dissonance increases with the importance and impact of the decision so does the difficulty of reversing it. After we have made a decision, we will feel dissonance regarding the possibility of it being wrong. We will often change our perceptions to reduce this post-decision dissonance and make the decision seem more attractive 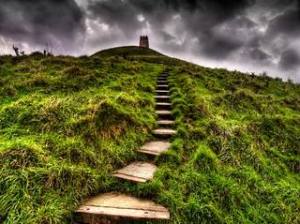 There is an opportunity during business-to-business interaction through persuasion and improvisation to create this shift in dissonance. Controlling dissonance makes the difference between seriously considering the catalyst of dissonance over shifting apathy and doubtful competitive offerings. During business-to-business engagement, enquiry into problem or results impact and evidence exposes the effect of decisions on strategic direction, market position and market share, profitable revenue growth, the reduction of potential revenue loss, reputation risk, etc. When elevating enquiry from technical issues to issues that impact business, dissonance increases dramatically. This is especially the case when challenging “sacred cows” in the business.

Cognitive dissonance is a very powerful motivator which will often lead us to change one or other of the conflicting belief or action. To release the tension we can take one of three actions:

If an action has been completed and cannot be undone, then the after-the-fact dissonance compels us to change our beliefs. If beliefs are moved, then the dissonance appears during decision-making, forcing us to take actions we would not have taken before. People decide on their own attitudes and feelings from watching themselves behave in various situations. Self-perception theory provides an alternative explanation for cognitive dissonance effects. If you want someone to believe or feel something about themselves, first get them to do it.

As clients probably already have a strong view, the collaborative professional needs to call the view into doubt, for instance by giving dis-confirming examples via:

It should be noted that getting people to agree with you, perhaps on a small point, about something which you want to persuade them, after a while, their beliefs will change. Sometimes people will state an opinion or otherwise support a point of view that is actually against their own beliefs. For example, where we tell white lies in order to help other people or where stating our beliefs could harm us. When we do this, we will seek to reduce dissonance by justifying our actions. If we cannot find external justification, we will seek internal justification. This then leads to us change our beliefs. This counter-attitudinal advocacy is particularly effective where it is difficult for the person to later “deny” that the dissonance-causing behavior actually took place. 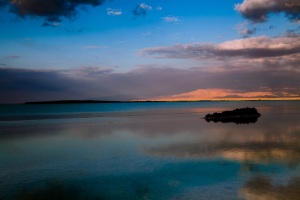 In collaborative business-to-business engagements, mutually agreed “terms-of-reference” that capture context, problem or results impact and evidence (and potential solution) is a powerful tool of persuasion to ultimately reduce dissonance that has been specifically created. Consistency theory states that when our inner systems (beliefs, attitudes, values, etc.) all support one another and when these are also supported by external evidence then we have a comfortable state of affairs. The discomfort of cognitive dissonance occurs when things fall out of alignment, which leads us to try to achieve a maximum practical level of consistency in our world. Terms-of-reference highlight where clients are acting inconsistently with beliefs, etc. that support mutually agreed and consistent arguments.

The opportunity for the collaborative professional in client coaching mode is to actively create cognitive dissonance by challenging and providing new insight. The further opportunity is to control and then dissolve the dissonance in a way that favors a pre-determine outcome.