Clients make decisions about alternative solutions to their challenges in a more or less logical fashion. When logic is used to make decisions, it is done in a way to attempt to exclude emotions. Or, so we like to believe.

It is arguable, then, that all decisions do, ultimately, have an emotional bias. Hence the adage: “People make emotional decisions for logical reasons.”

Decision-making may be viewed as a cognitive process whereby the outcome is a choice between alternatives against requirements or needs based on assigned (often weighted) criteria, either implicit or explicit. These criteria, however, are often open to interpretation and often preferences varying between thinking and feeling driven by our sub-conscious. 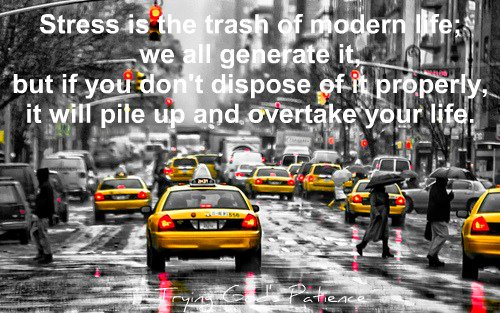 Our day-to-day environment of over-stimulus and information overload leads to a greater amount of stress induced emotional decision-making in business.

Human brain research has suggested that, as our minds have more to process, the likelihood to decide emotionally increases. If the human mind is distracted with an overload of information, too many pressing priorities and no time to deliberate, the likelihood that the emotional brain will overrule the rational one increases. It makes sense that less time for reflection will lead to more decisions that seem irrational despite our ingrained belief that valuable decisions deserve analysis.

This said emotion may be essential to decision-making.

Dr. Antonio Damasio, a neurologist known for his work on the relationship between emotions and decision-making, suggests that emotions may be fundamental to dealing with equal options and decisions that do not have a clear rational basis for choosing.

In his book, Descartes’ Error: Emotion, Reason, and the Human Brain, Damasio shows how patients with prefrontal cortical damage cannot create the emotions necessary for effective decision-making. In all other respects, they appear normal – they have just lost the ability to feel emotions. They can logically describe what they should be doing, yet in practice, they find it difficult to make decisions, in particular, when decisions have positive and negative consequences. This suggests that at the point of selection, emotions may be key for choosing. Even when we believe they are rational decisions, the actual choice may, in reality, be based on emotion.

Also, studies of people with injuries to the area of the brain active in emotions, reveals a distinct difference in response to questions that present a moral dilemma, such as, saving many people at the expense of one innocent. This suggests an ongoing tension between the rational cost-benefit calculations and the instinctive emotional decision-making parts of our mind, particularly for moral judgments. 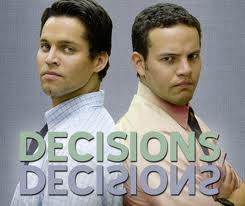 What this indicates is that at the point of decision, emotions likely drive choice, even with what we believe are rational decisions. We talk about decisions that feel or seem right. This is sometimes called “a gut-feeling”. When logical decisions are wrong, we will often feel or sense that this is so. Also, when the outcome is positive, we after the fact say, “Hey, I had a good feeling that this would work out well!”

Emotions are perhaps signals from the subconscious that tell us a lot about what we really choose. As emotions stem from the subconscious, then this makes it even more likely that decisions have a strong emotional influence. This is especially so due to the fact we have no control over our thinking and feeling.

So, how does emotional bias to seemingly logical decision-making impact consultative sales?

Mike Bosworth, founder of Solution Selling indicates that the question-oriented paradigm in typical tactical probing in a sales engagement ignores the existence of the emotional connection. Mike suggests, that despite the efficacy of his Solution Selling program, “My gut always told me that people make emotional decisions and then come up with the logic to support those decisions after the fact. I just had no model to support my gut feeling, no evidence to prove it, so I just didn’t deal with it.”

Solution Selling, a model based on logical problem solving – diagnosing and prescribing, has become a prevailing sales model and has remained intact and unchanged for nearly three decades. Thousands of salespeople have been taught to ask diagnostic questions, to give value propositions, to do ROIs, and it’s still not working, according to Mike. Recent research shows the gap between the best sellers and the rest of the pack has actually widened.

And why is the gap widening between the best and everyone else?

Mike says, “When I look back now at what led to my success as a salesperson in the late 70′s, I now know that it wasn’t that I was ‘solving problems’. I was forging human-to-human, emotional connections with my buyers. I got buyers to open up and reveal themselves not because I was asking lots of questions; it was because we emotionally connected with each other. I didn’t know that at the time because, back then, we couldn’t explain it. We can now. The best salespeople I know, the best sales calls I have ever been on, prove this to be true.”

So, what are the emotional decision-making advantages, when it comes to consultative sales?

Mahan Khalsa and Randy Illig in their book “Let’s get Real or Let’s not Play” make the point that decision-making has underlying beliefs. One such belief states that Intent Counts more than Technique. Clients make decisions based on

i)              Their feeling that your intent is compatible with their best interests and that,

To prove your expertise clearly falls into the rational yet your client’s perception of your intent is based on how comfortable they feel about your intent. Discomfort here, may discount your expertise, says Khalsa and Illig. Clients appear to instinctively (sub-consciously) make judgments regarding your intent long before they make them known.

The intention behind the action determines its effects, every intention affects both us and others, and the effects of intents extend far beyond the physical world . . . . . It is, therefore, wise for us to become aware of the intentions that inform our experience to sort out which intentions produce which effects, and to choose our intention according to the effects that we desire to produce. Gary Zukav, The Seat of the Soul.

Hence, emotions are possible signals from the subconscious that provides information about what we really choose. Decisions that start with logic may need emotions to enable the final selection, particularly when confronted with near equal options.

Khalsa and Illig suggest the creation of a “container” of safety and trust whereby a client feels free to share what they think, feel and believe to be true in the context of their business environment. This information is imperative and should translate into the solution we provide. They refer to the skills required to build this kind of relationship as principles of emotional quotient (EQ). It is debatable as to whether such relationships can be acquired. What is certainly required is an acquired level of consciousness based on trust. 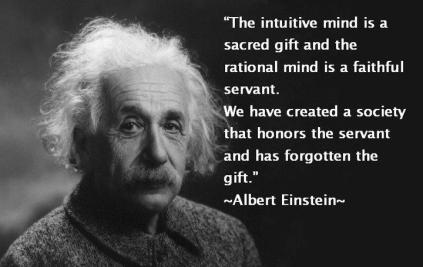 Clients do make decisions about alternative solutions to their challenges in a more or less logical fashion. It is likely that clients make decisions without knowing why, and then create rational reasons to justify an emotional decision. Their intensity of emotions can override rational decision-making. Immediate and unrelated emotions can create distortions and bias in judgments. In some cases, this can lead to unexpected action. Emotional decision-making can come with a number of positives should the kind of client relationship be cultivated that caters for emotion. Believe it!

via Emotion and Decision.

via Story Leaders – The Story of Solution Selling.