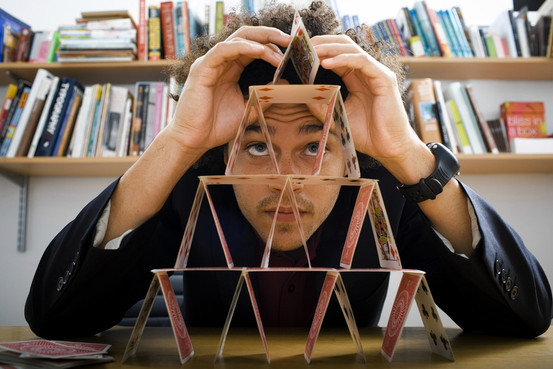 But are procrastinators truly unproductive? In most cases, the exact opposite is true. They are people who not only get a lot done but have a reputation for getting a lot done. They don’t have neat desks or even neat desktops on their laptops. They spend a lot of time playing catch-up. But they are likely to be creative and on the whole amiable. After all, if you tend to keep people waiting, it makes them crabby; it doesn’t pay to make things worse by being crabby yourself.

The truth is that most procrastinators are structured procrastinators. This means that although they may be putting off something deemed important, their way of not doing the important thing is to do something else. Like reading instead of completing their expense report before it’s due. Nevertheless, such people feel bad about being procrastinators and often annoy others. That is where I think I have something helpful to say.

First, don’t listen to most of the advice offered to procrastinators by people who don’t have this particular flaw. For example: “Keep your commitments to a minimum, so you won’t be distracted.” This is a way to become a couch potato, not an effective human being. If a procrastinator doesn’t want to work on something, it won’t help to have nothing else to do. It’s better to have lots of things to do, so you can work on some of them as a way of not doing the task that, for whatever reason, you seek to avoid.

Second, don’t sit around feeling bad because you lack willpower. That will make you a depressed procrastinator but won’t help you get anything done. Most of us lack all kinds of powers. I can’t lift my car by the bumper in order to change a tire. That’s what jacks are for. I can’t add long columns of figures in my head. That’s what calculators are for. Tools give us the ability to make up for what we lack in native powers. The procrastinator has tools that allow him to manipulate himself to achieve results he can’t get with willpower alone.

Suppose you are like me, and once you fire up your laptop to check your email, you are in danger of spending the whole morning on the Net, doing increasingly useless things. Some correspondent mentions Tajikistan; you don’t know much about Tajikistan, so you Google it. You read the Wikipedia article. Which leads you to the Basmarchi Revolt. Before long the morning is mostly gone; you have learned a lot about the history of Central Asia but haven’t done your expense report, or even finished reading your email.

The key here is to unplug your laptop when you open your email. After a while, the battery will die. That will break the spell. You won’t need to rely on willpower to quit your Net surfing; lack of battery power will do it for you. If you don’t use a laptop, take a big drink of water before settling in to answer your email. Your natural alarm clock will break the spell before the whole day is gone.

A third bit of advice: avoid perfectionism. I don’t mean avoid doing things perfectly. If you are at all like me, that’s not a problem. I mean avoid fantasizing about doing things perfectly. Often procrastination is just a way of giving ourselves permission to do a less-than-perfect job on something that doesn’t require a perfect job anyway. Or maybe it’s a way of getting those we work with to the point where they say, “For crying out loud, just give me something!” You need to give your boss a memo that provides the basic facts; it doesn’t need to read like Hemingway.

Last, but perhaps most important: Learn how to be less annoying to the non-procrastinators around you. For starters, be honest. Admit that you are a procrastinator, and admit that it is a flaw. Maybe someday you will no longer be a procrastinator. After you lose 20 pounds, get in shape, polish up your high-school French, and write that novel, you may get around to pursuing some self-help regimen that will eliminate this flaw from your personality. But for now, don’t compound the flaw with denial. If you admit to being a procrastinator, others will probably try hard to find something nice to say about you.

—Dr. Perry, an emeritus professor of philosophy at Stanford University, is the author of “The Art of Procrastination,” to be published by Workman later this month.

via How to Be a Better Procrastinator – WSJ.com.